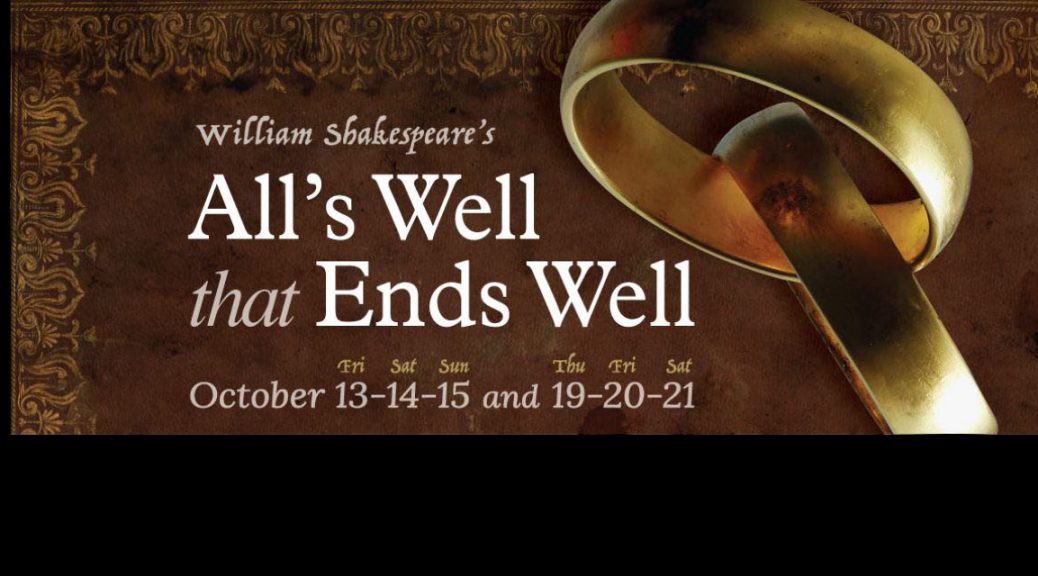 “…a rare and fascinating concept that utilizes a tight ensemble cast in an uncommon, intimate setting. The blend results in a shrewd and industrious production of one of Shakespeare’s less-produced comedies.”
–Jeff Ashcraft, River Cities Reader

Bertram leaves home, first to be a courtier to the King of France and then to be a soldier for the Duke of Florence. But he can’t seem to escape Helen, who insists that she be his wife. Does she have a rightful claim to Bertram’s heart and hand? Why does Helen continue to pursue him after he rejects her? And how far is “too far” when someone is trying to take control of their life? 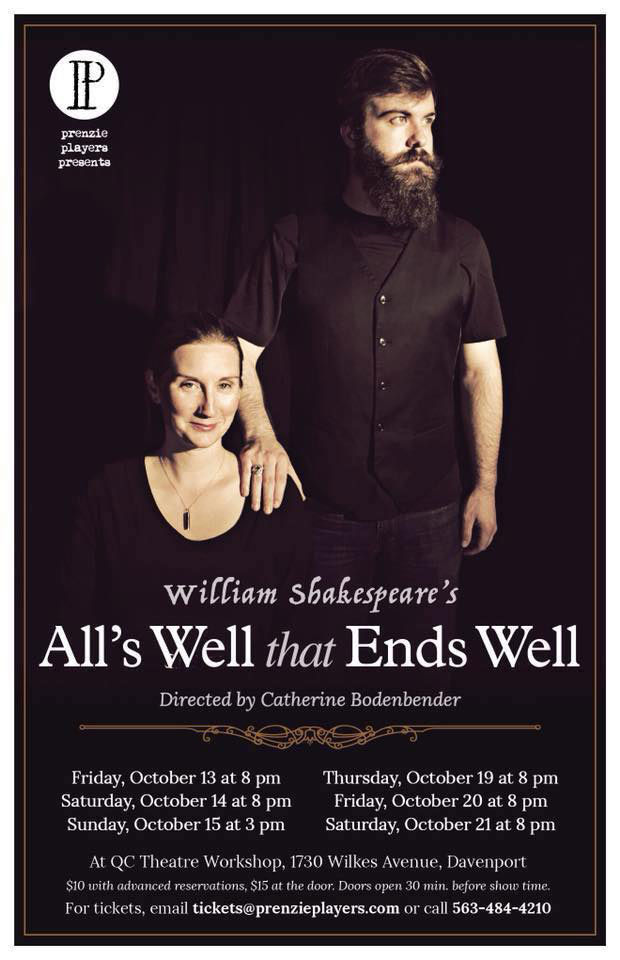 Angela Rathman
The Countess of Rousillon, mother to Bertram

Andy Koski
Lafeu, a French nobleman
and
The Duke of Florence

Matt Moody
The King of France
and
Escalus, son of the Duke of Florence

Mattie Gelaude
The Nurse to the King of France
and
Diana, a maiden of Florence

Beth Woolley
Rinalda, steward to the Countess of Rousillon
and
Berowne, a young French nobleman who joins the Duke of Florence in battle

Introducing
Denise Yoder as
The Widow of Florence, mother to Diana