“…this spectacular ensemble… has taken on yet another theatrical challenge, and has succeeded. Royally.”
–Mike Schulz, River Cities’ Reader

“…an often laugh-aloud funny, sometimes deeply moving, vastly entertaining piece of theater, and I can’t wait to see what happens in May, when ‘King Henry the Fifth’ opens.”
–Ruby Nancy, Quad-City Times

“…the wildest action to date in the company’s Shakespearean performances.”
–Julie Jensen, Dispatch-Argus 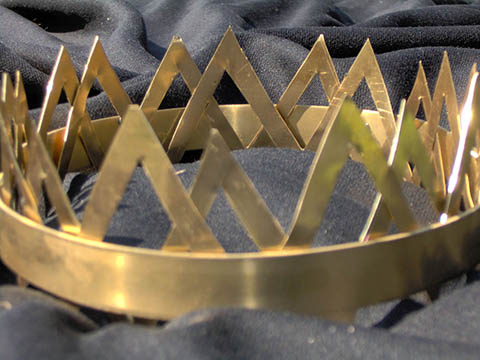 Prenzie Players present King Henry the Fourth, the second play in Shakespeare’s epic trilogy of power, love, and war, The Henriad — performed with a continuous cast for the first time in the area. 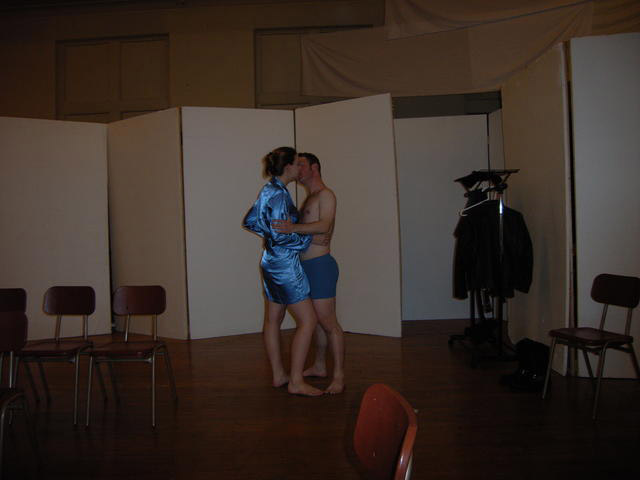 Jeremy Mahr, King Henry the Fourth. In a recent comment posted on the Reader Web site, an anonymous writer stated, “I’d see Jeremy Mahr in 52 productions a year.” Ah, if wishing made it so. Always excellent, Mahr was positively hypnotic in the second part of the Prenzie Players’ Henriad trilogy; unlike his dying ruler, the audience didn’t dare cough for fear of ruining a perfectly realized moment. 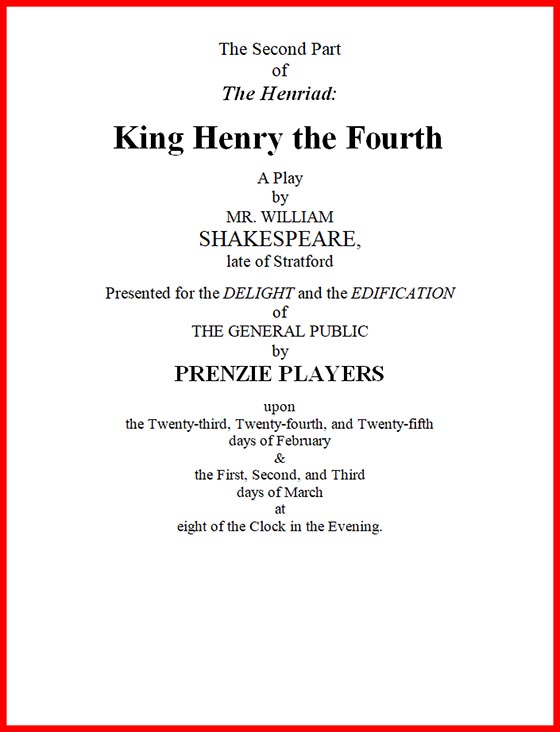 Chris Moore
Sergeant Fang, an officer of the law
An Anonymous Newsmonger
Nim, a follower of Falstaff
Archibald, the Earl of Douglas
Ralph Mouldy, a country recruit