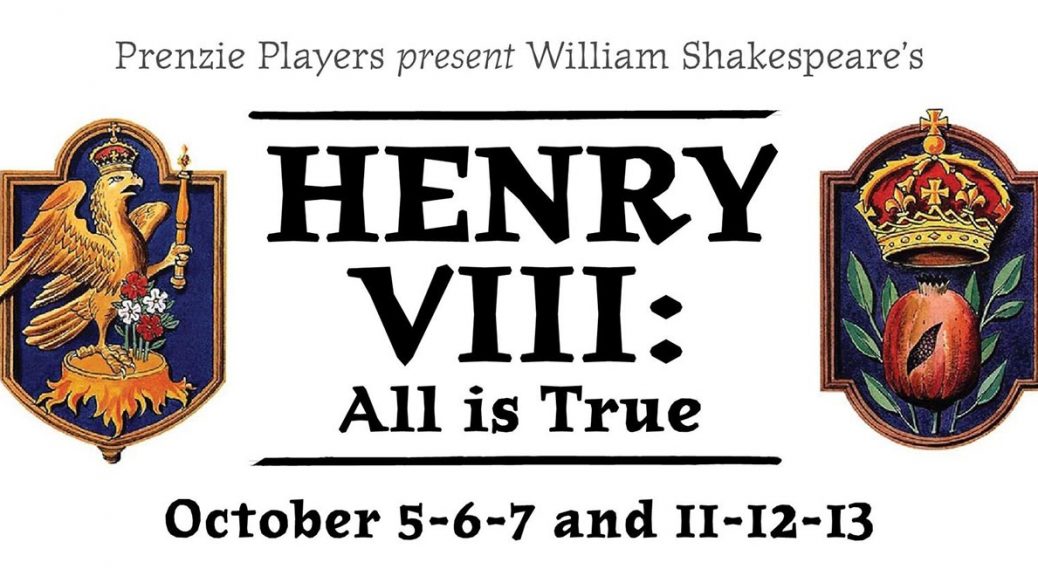 “This Henry VIII is a multiangled love story with pertinent political reverberations layered in. The love, though, is not just textual; it’s a love story between director and play, between a community and the theater, and between a company of actors and Shakespeare. Henry VIII in Davenport, Iowa; that’s as it should be.”
–Eric Minton, Shakespeariences

“…impromptu moments of live theatre that will be hard to repeat or forget… the Prenzie Players’ cast was all-around skilled and committed, featuring some truly remarkable women. Taken overall, Henry VIII: All Is True was a satisfying night of history come to life.”

“Admirably portrayed. The standout… is Kitty Israel as Queen Katherine, whose regal bearing imbues a royal dignity when treading the tightrope of challenging King Henry…, a righteous fury at her mistreatment, and her ultimate humiliation when Anne is elevated to queen in her place.”

With an aging wife and no male heir, Henry VIII becomes consumed with doubt about his marriage and the future of the Tudor dynasty. What happens next would change England and the world forever. One of history’s most well-known love triangles, William Shakespeare’s Henry VIII is a story of love, lust, and political ambition.

Prenzie Players were pleased to welcome Eric Minton, the proprietor of Shakespeareances.com, to the show as part of his plan to see all the plays in the Shakespearean canon over the course of one year. See Jonathan Turner’s Dispatch-Argus article about this project: “D.C. man in Q-C on mission to see Shakespeare plays across U.S.”

Joe Sager
Duke of Buckingham
Earl of Surrey, his son-in-law