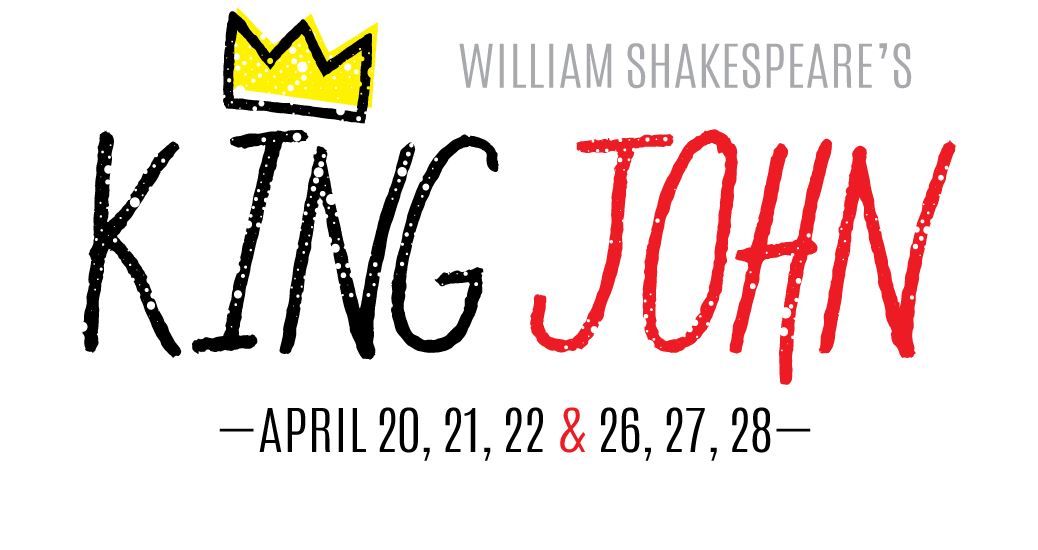 “Fine performances…one of the more balanced productions I’ve seen presented by the Prenzies.”

“Feel the intensity of King John… While the dialogue is pristinely original, the delivery makes it feel so much more modern. Even if you don’t have a knack for Shakespearean interchange, you will still be able to follow this story line.”

“Kudos to Prenzie for adhering to its mission to perform the full canon of Shakespeare’s works. Kate Farence ably pilots a squadron of very capable veterans as well as some talented and refreshing newcomers to the Prenzie stage.”

Prenzie Players present William Shakespeare’s King John, the story of England’s maniacal monarch and his violent pursuit of power – by whatever means necessary.

Although the show’s run is over, you can still have fun with the King John Coloring Book and the Co-Author King John game! 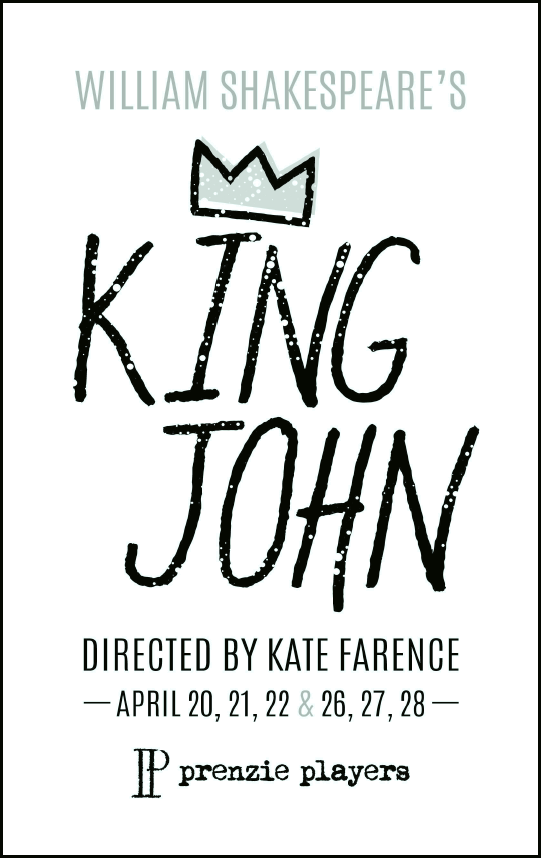 Susan Perrin-Sallak
Queen Elinor, his mother and widow of Henry II of England

Nathan Klaus
Philip Faulconbridge, also known as The Bastard and Sir Richard Plantagenet, the illegitimate son of Richard I of England and Lady Faulconbridge

Mischa Hooker
Chatillion, a French Nobleman and Ambassador to King John
& Langton, the Archbishop of Canterbury

Joe Brune
Arthur, her son, nephew of King John, claimant to the throne of England

Angela Rathman
Hubert, a Citizen of Angiers and later supporter of the English cause