“When Woolley and Mahr share the stage, just the two of them, they create that which I most love about theatre: the undeniable invitation to escape into a dream world.”
–Thom White, River Cities’ Reader

Prenzie Players Present: Season 11 and The Rover by Aphra Behn

Swashbuckling with a Bit of Romance

In our eleventh year, the Prenzie Players explore the power of women and their voice across time. The season kicks off with The Rover, a feminist play by England’s first professional female playwright.

In the spring, we feature Antigone, a Greek tragedy of one woman’s stand against her government. And we finish the season with the world premiere of Bear Girl, written by J.C. Luxton, an original play set in the historical Quad Cities, telling the story of the rise of Black Hawk through the eyes of the Sauk women. With this selection, along with three women directors at the helm, we hope to offer three distinct portrayals of women’s strength that will foster an open forum for dialogue in the Quad Cities community.

The season kicks off with The Rover, directed by Stephanie Burrough. The Rover, written by Aphra Behn, is a dark comedy that mixes seventeenth century sexual politics, comic buffoonery and romantic intrigue in Naples at Carnivale. Part swash-buckling drama, and part romantic comedy, The Rover challenges actors and audience alike to examine the roles that men and women in the realms of sex, love, and power. 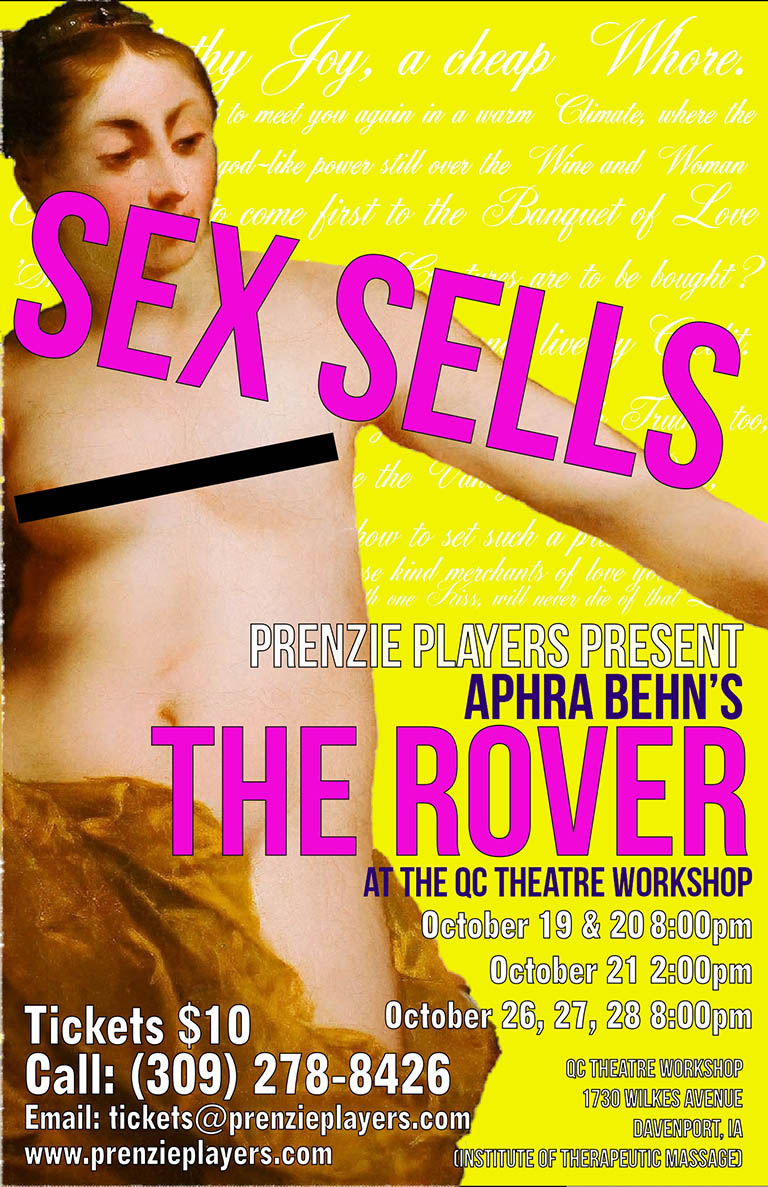 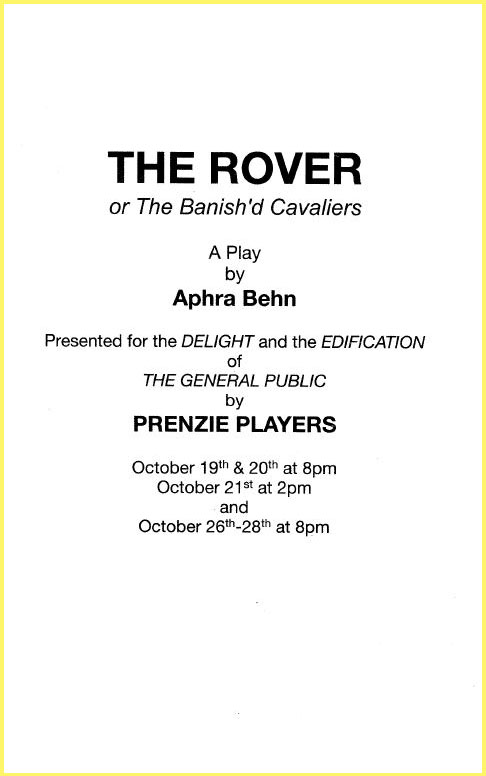